I Want To Be You 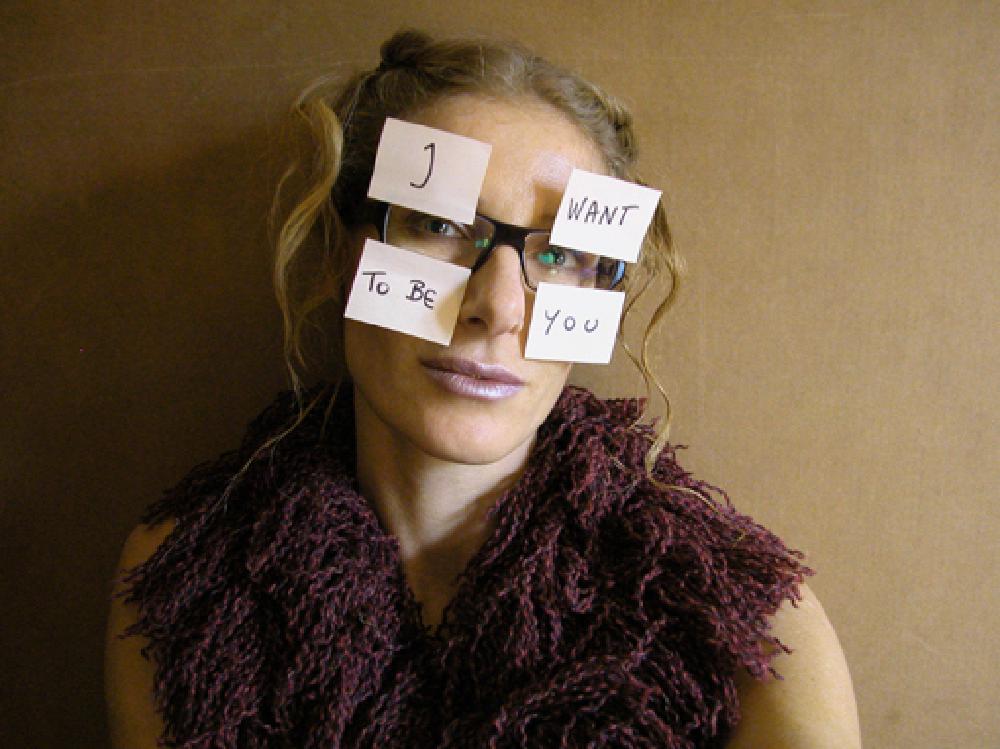 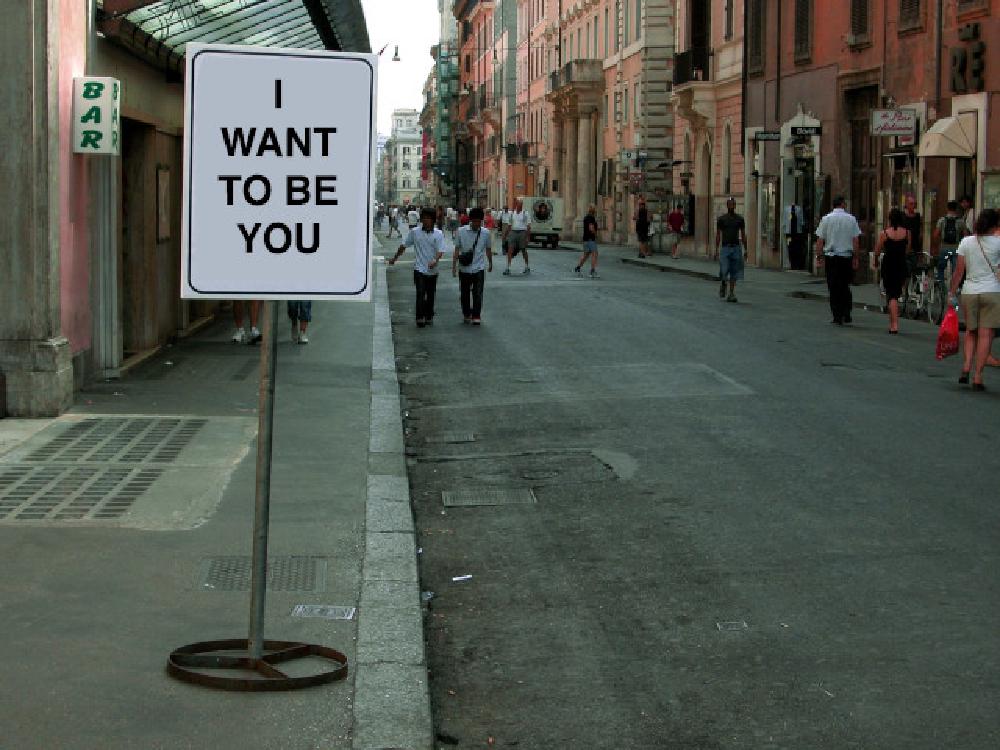 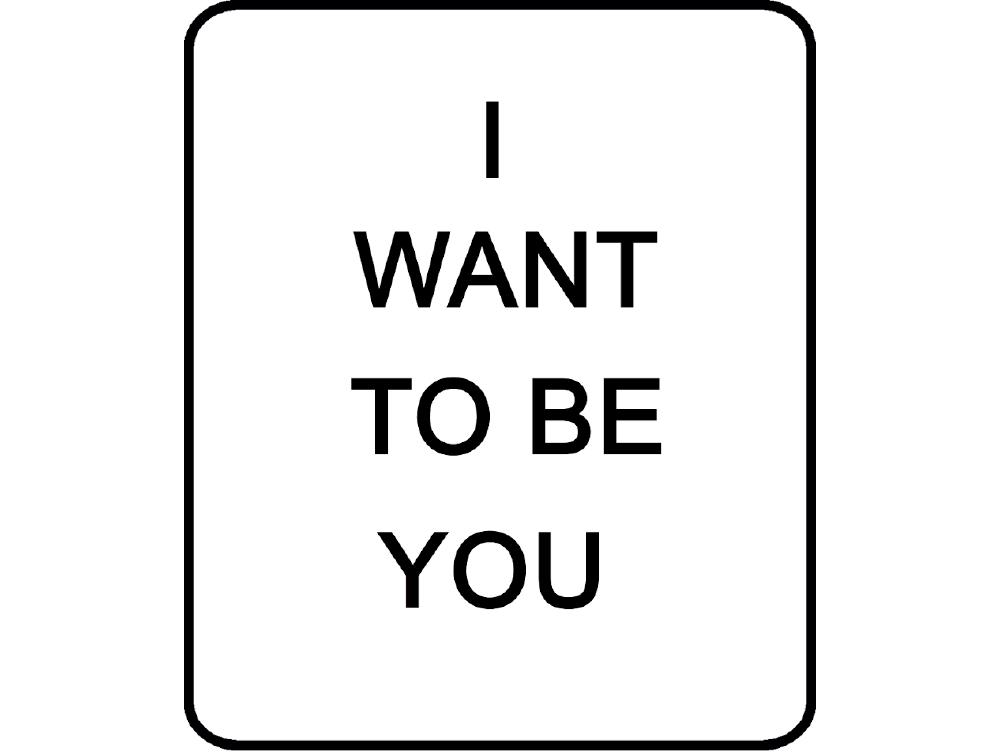 «I want to be you» is a performance that Domiziana Giordano conceived in 2003 in two variants. In one, the words of the title are reproduced on a pair of glasses worn by the artist, in the other on a T-shirt.

In both cases the writing is directed towards the observer who, reading the declaration, reflects it in turn towards the artist. This mechanism of reflection puts into effect the process of affirmation of the ego through dialogue with the other, but at the same time it denounces the will of superficial emulation instilled by the society of the media.

This speech, initiated by the artist as early as 2003, is now very much amplified in light of the explosion of social networks.

The work, in the intentions of the artist, should have been performed with the participation in a television reality show, the Isola dei Famosi, within which Domiziana Giordano should have worn the shirt as a radical performative act; but the artist was not allowed to wear the shirt and complete the performance.

The artist responded to this prohibition by refusing to continue participating in the television program, deciding in this way to decline his criticism of the mechanisms of influence of the media on the construction of the ego. The work is currently unpublished.